Be sure to book your Tiger fishing trip of a lifetime!

Established in May 2008, offering fishing enthusiasts and guest’s unparalleled guided Tiger fishing adventures in one of the most pristine and remote freshwater fishing locations on earth.

Hidden within the upper reaches of the mighty Zambezi’s 15 000 km2 Barotse Flood plain, this unique setting is nestled within a secluded paradise of lush bush land and untouched river waters teeming with trophy Barotse tiger fish as well as several species of bream.  The extremely abundant eco-system exists due to the remoteness of Barotseland, which forms part of the Kingdom of the Lozi and is situated in western Zambia, stretching along the length of the Zambezi River from the Caprivi Strip to the Southern border of Angola.

“This fascination derives from the nature of these strange and terrible creatures, capable of increadible speed and power when they swim and leap, revealing their indescribable beauty only to those who fish them, creating a sudden bond, imparting the sensation of sheer speed and savage power.” Ernest Hemingway. 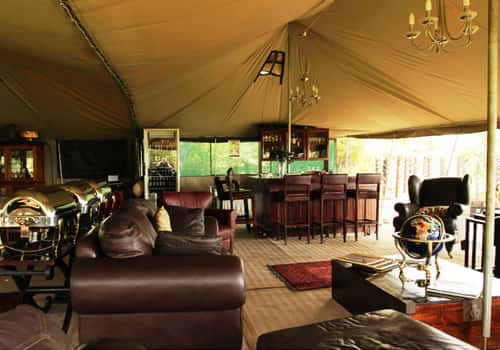 The Barotse Tiger Camp rests gracefully upon the eastern bank of the magnificent Zambezi River, opposite the Liuwa Plains National Park, within a picturesque bush setting. 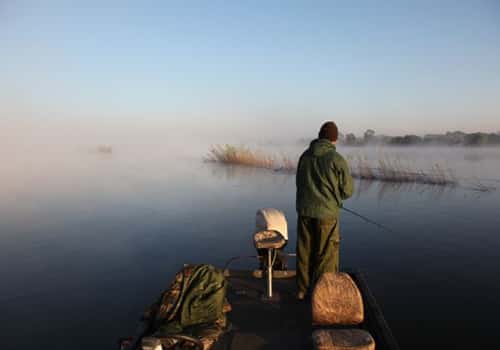 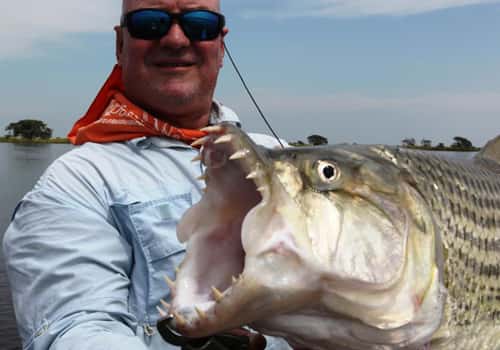 For any help you may need with making or changing a booking or any other info that you require.

A passionate fisherman, Graham works with experts and beginners with ease. Our family has had fantastic days fishing with him, chalked full of amazing Tigerfish , fond memories and outstanding photos to stir envy in our friends and family back home.

The only way to fully experience Zambezi river fishing.  I have, without any reservation, made numerous recommendations to friends and colleagues. Can’t wait to get back down to Barotseland The best Tigerfishing in Africa with a great guide!

My passion is chasing big fish with light tackle and Barotse is the real deal. A mix of skill, patience, and years of stalking surpass any previous guiding experience that I have known on the Zambezi.